“Oh my! Those petals are translucent — why is that?” It was eerie.

Once again, I was visiting my friend and enjoying the array of plants in her garden. She had something new to show me, something uncommon.

“Diphylleia grayi.” I could always count on her to be technical in answers, especially when it came to her garden. “The skeleton flower. It doesn’t usually grow here, because it prefers cooler, wetter environments — but I thought I’d try.”

“You do like unusual plants.” I crouched down to have a closer look. “But why is it translucent?”

“Because we’ve just had rain,” she explained. “Water makes the flowers translucent.” She pointed to some plants sheltered beneath a canopy of trees. “Look. Those flowers are drying out quickly and their color is returning.”

“Except when it rains.”

“Exactly. Another mystery of Mother Nature.”

And another plant for me to research. “Any chance of a cutting to contribute to my garden?” I asked.

“In the early autumn,” she said, and smiled — pleased to ‘wow’ me once again.

Skeleton flowers are also known as the umbrella plant or the Asian umbrella leaf. Why those names? The flower turns translucent when wet (making it look like a skeleton) and the leaves are large and shaped like large, fuzzy umbrellas. Hence the different common names. Interestingly, Diphylleia grayi is of Chinese origin which means glass flower or skeleton flower.

Meanings aside, it signifies both affection and happiness. It can also be defined as a mystical flower. And finally, it’s often referred to as the chameleon of the woods because of its changing appearance. Why does this happen? It’s not a hide-and-seek act, but more like a trick of Mother Nature. The flower petals have a loose cell structure. When it rains, the water droplets stick to the veiny structure, and fill the cells which increases light reflection (like water). It makes the flower appear transparent.

Appearance Varies Throughout the Season

This rare flower first makes its appearance in the early spring as the leaves, initially folded up, slowly unfurl. The flower then appears, a delicate, white bloom that becomes translucent when wet. When they dry up, the flowers turn to a faded white while the plant prepares itself for its fall show of reddish seed stalks covered in clusters of bright blue berries (they do look something like blueberries).

Skeleton flowers grow well in moist, wooded, mountainous areas, preferably in a colder climate. The flower is native to some regions of Japan, China, and even the United States, particularly in the Appalachian Mountains. It’s considered a rare woodland perennial and only blooms during June and July, dying back during the colder, winter months.

How to Grow Skeleton Flowers

Although skeleton flowers grow best in their native, colder regions, this rare beauty can be included in gardens, including container gardens, as long as its sensitivities are taken into consideration. Imagine a forest setting in a cool, shady area, preferably under deciduous trees that will share organic waste when their leaves fall. The plant is sensitive to sunlight, so it should be planted in locations that are protected from the intensity of the midday sun. It is also sensitive to strong winds, so the woodsy area will definitely provide protection. Ideally, partial to complete shade is preferred and the soil should be humus rich and moist, but well drained. A sandy base soil would work well for drainage, and composted yard waste would help retain enough moisture without allowing the conditions to be too wet. However, it does prefer hot humid air over hot arid conditions, so it’s best to keep it well-watered during the dry spells.

Give it some space. It grows up to 16 inches in height and spreads about 2 to 3 feet.

Once you’ve chosen the best location in your garden for the skeleton flower, prepare the soil. Planting should be done either in early fall or early spring. Since each flower is both male and female, there’s no need of two plants for pollination. That being said, the plant does better in groups rather than individually. It makes for an attractive groundcover in clumps of large, green foliage. If the location is right, the skeleton flower is pretty low maintenance. Throughout the season, remove any dead foliage to encourage new growth and in the late fall, mulch with leaves to add some protection to the extreme cold temperatures of winter.

If you’re worried about wintering this rare flower, perhaps planting it in containers is the best option. Containers can be brought indoors during the severe cold winter months. Winter will still be its dormant season, so decrease the watering. Once spring is in the air, gradually increase the watering to prepare for another growing season. Acclimate the plants like you would your seedlings, allowing them some time outdoors during the warmer hours of the day until it is safe to leave the containers permanently outside for the summer months.

Actually, there are none. Not really. Skeleton flowers are not much affected by any pests or diseases, making this plant a very easy-care addition to any garden.

Skeleton plants are difficult to start from seeds. Germination is painfully slow and requires a cool weather cycle to help it along. The growing from seed process can take up to a year or even longer. Since it grows its stem from thick underground rhizomes, the best way to propagate skeleton flowers is to divide existing plants.

Well, skeleton flowers are herbs — herbaceous perennials. After a spectacular showing of flowers, which when wet, transform into transparent petals that appear to have intricate lines much like a human skeleton, the flowers dry up, becoming a faded white remnant of their initial blooming stage. Then comes the fall display of reddish stalks full of blue berries that are both ornamental and edible. However, not being able to find much on the edible intel of these berries, I have decided to just enjoy their beauty and allow birds to enjoy the edible bounty.

Autumn has arrived and so have the divisions from my friend’s skeleton plants. With dried-up flowers and leaves wilting, there’s not much to see, yet, but I diligently plant them in a good, shady location and cover them with natural mulch of leaves falling from my forest of deciduous trees. There are lots of good nutrients in natural mulch; no need to purchase bags of prepared mulch when I have my own little forest to supply it. We shall see what happens next spring. I’m always hopeful, and the dreams of garden delights get me through the long months of winter. 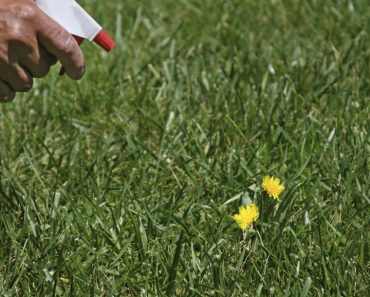 Growing Vegetables : How to Add Lime to Your Vegetable Garden

How to do Vegetable Printing |Activity for Beginners |Easy Flower Drawing

Tips for gardening indoors with houseplants

I grew algae in my hydroponic setup on purpose…just to see what would happen.

How to grow Rhododendrons | Grow at Home | Royal Horticultural Society

Tips for gardening indoors with houseplants

How to grow Rhododendrons | Grow at Home | Royal Horticultural Society

How to do Vegetable Printing |Activity for Beginners |Easy Flower Drawing