“Not again,” I groaned. Perhaps I should have said, “Gnat again?”

It seemed every time I opened a new bag of potting soil, my house became infested with these fruit fly-like critters. I know fungus gnats are not harmful, but they multiply fast. It had only been a week since I opened a new bag of soil, and already my pots were hopping with gnats. The windowsill was black with a thick layer of dead and semi-dead gnats with enough on the floor to shovel like snow. Ugh! I had to do something.

I didn’t like the idea of tossing gnat-infested, potting soils in my garden, but sometimes that was the most efficient way of eliminating the problem. And once I opened another new bag of potting soil, I could be faced with another dilemma — would it be infested? It was time to take action to preserve my soil and plants, and (yes) my sanity. Fungus gnats beware, I’m on a rampage! A chemical-free rampage, of course.

What Is a Fungus Gnat?

What are these little menaces? And are they harmful? Perhaps not harmful in small numbers, but certainly invasive and annoying. I once thought they were fruit flies. They certainly look like them and they multiply as quickly, flittering about with reckless abandon. I have a friend who works in a garden center, and she set me straight. Fungus gnats feed off the biodegradable material found in potting soil. In a sealed bag, they hibernate; once the bag is opened and the is soil distributed in pots, it’s a free-for-all for these gnats. The eggs, buried just beneath the soil, hatch at an alarming pace, and the fruit fly look-alikes are everywhere.

Fungus gnats infest potting soils and other container mixes — anywhere there’s a source of organic decomposition. Basically, the larvae that hatch from the annoying eggs feed off the fungi and organic matter found in soil. Although fungus gnats are not harmful to humans, they can be devastating to plants. Why? Because, once they’ve multiplied and are out-of-control, they start chewing on plant roots to create their own edible rotting food, slowly killing the plants. Not a good thing.

Whatever you’ve used for fruit flies will also work for fungus gnats — to a certain extent, at least. There are fruit fly traps and specially formulated sticky tapes that attract both fruit flies and fungus gnats. But, whilst they may do really well with fruit flies, these solutions are merely a band-aid, fixer-upper to a problem that’s far worse.

Part of the problem with fruit fly remedies is the sticky potion that attracts fruit flies is sweet, not fungal. And as we’ve just learned, fungus gnats are attracted to fungus (rotting vegetation).

I’ve had marginal success by wrapping scotch tape, sticky side up, around my infected (and soon-to-be-infected) pots. The problem is, fungus gnats have to land on the sticky surface to be caught. With nothing rotting on the tape to attract them, it’s merely a coincidence if they land and get stuck. I may have caught half a dozen fungus gnats using either the sticky fruit fly trapping tape or regular scotch tape. Not much of a solution for a problem far greater than half a dozen fungus gnats.

I’ve also put out jars of apple cider vinegar, loosely wrapped with plastic that has holes punctured in the top. This method is marginally effective in attracting fungus gnats. The goal is to trap them in the jar and hopefully drown them in the sticky sweet syrup. Once again, this is more of a fruit fly remedy, as the sweetness attracts fruit flies, not fungus gnats.

I’ve taken the vacuum hose and sucked them all up, even right off the soil’s surface, only to find a resurgence of many more fungus gnats by the end of the same day.

The best solution when suddenly infested? Get rid of the soil — plants, pots, and all. Not my favorite.

There’s always the option of spraying plants with insecticidal soap, or (as my grandmother used to do) rescuing the left-over dishwater (from handwashing dishes — which many people don’t do anymore) and spraying it over the plants. Both methods have marginal effectiveness, but it’s always good to have something nontoxic handy should the fungus gnats find a way to multiply again despite all your good efforts.

Another alternative is to cover the top layer of soil with sand or decorative moss soil covers. This keeps the fungus gnats in the soil, deterring them from laying eggs.

Be Proactive Before Gnats Hatch

What I really needed to do was get rid of the fungus gnats before they hatched. That meant I needed a way to sterilize the soil as soon as I opened the bag. I did my research. Some sites suggested baking the soil in the oven. Others suggested microwaving it. Somehow the baking idea didn’t attract me as baking anything dries it out and I didn’t want to totally obliviate the soil of its good nutrients. I decided to give microwaving a try.

Sound messy? Well, yes, it can be. But there are ways to prevent too much mess.

1. First, I placed an old towel on the bottom of the microwave. I chose my pots (plastic with no metal adornments as I was, after all, planning to put the soil-filled pots in the microwave), cleaned them thoroughly, and sterilized them with boiling water before filling them with soil. Those fungus gnats can hibernate forever and if there’s any remnant of soil or rotting substances in the pot, you can be assured there are eggs waiting to hatch.

2. Once the sterilized pots cooled, I cut a suitably sized (depending on the shape and size of your pot) piece of landscaping fabric. If you don’t have any, an old T-shirt does the trick. Just don’t use one with lots of dye in it, especially if you plan on growing edibles. I placed the fabric at the bottom of the pots, and then filled them with soil from the newly opened bag. I placed four pots (this will vary depending on the size of your pots and microwave) on the toweled surface and covered the pots with another old towel.

3. I microwaved the four pots on high for two minutes, then carefully removed the now very hot pots from the microwave, setting them aside while I prepared four more pots. Once I had all my pots ready, I placed them on equally cleaned and sterilized trays, and set them in my garden window to allow the sun to dry the soil. I left the pots there, with no seeds or seedlings planted, and no watering for a week, before proceeding with my next step.

4. Then, it was back to the microwave which was smelling intensely like a garden nursery. I removed the towels and cleaned the inside of the microwave thoroughly with soapy water. Then I took a glass measuring cup, filled it half full of water, added some dish detergent, and placed the glass cup in the microwave. I microwaved it on high for one minute, then removed the cup and dumped the contents. The microwave smelled fresh again, but I left it open for a few hours to finish airing out.

Also, never reuse potting soil. It’s an invitation for fungus gnat trouble. Instead, I dump my used potting soil outside in the garden, where the fungus gnats can enjoy the seasons, hopefully freezing to death in the winter months.

Let’s See if It Worked

After a week of sitting in the garden window with no sign of erupting fungus gnat eggs, I decided to add some water. I had read somewhere that it was better to water from the bottom as the fungus gnats were usually in the top layer of soil. It was best to keep the top layer dry to discourage the egg-hatching and subsequent infestation. It made sense, since the plant roots were well ensconced in the soil and would benefit more from the water than the top part of the plant. I half-filled the trays under every pot and allowed them to sit a few more days.

Satisfied my plan had worked, I breathed a sigh of relief and planted my seeds and seedlings, continuing to water from the bottom and not too much at a time. It’s also important not to allow the pots to sit in water for too long. After about an hour, I drained the remaining water to allow the pots time to dry out again before re-watering.

So if you’re tired of those annoying fungus gnats, you know the ones that flutter around like fruit flies and multiply exponentially, you now have a few tips to keep the problem under control. No more “Gnat again” scenarios in this household, that’s for sure. 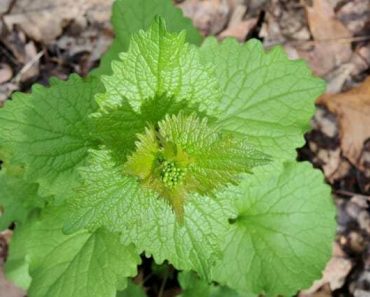 How Did You Come Up with the Name Garden Answer? // Why Do You Plant in the Heat of Summer?

How to Edge a Flower Bed — by Home Repair Tutor

Gazania flowers / How to Grow and Flowering Tips

Lilo, your mini Indoor Garden – Grow fresh herbs and veggies, all year round

3 types of beautiful lotus flowers, many flowers, easy to grow for beginners

How To Capture And Use Wild Yeast • Insteading

How Did You Come Up with the Name Garden Answer? // Why Do You Plant in the Heat of Summer?